History of the Norwegian Trolls 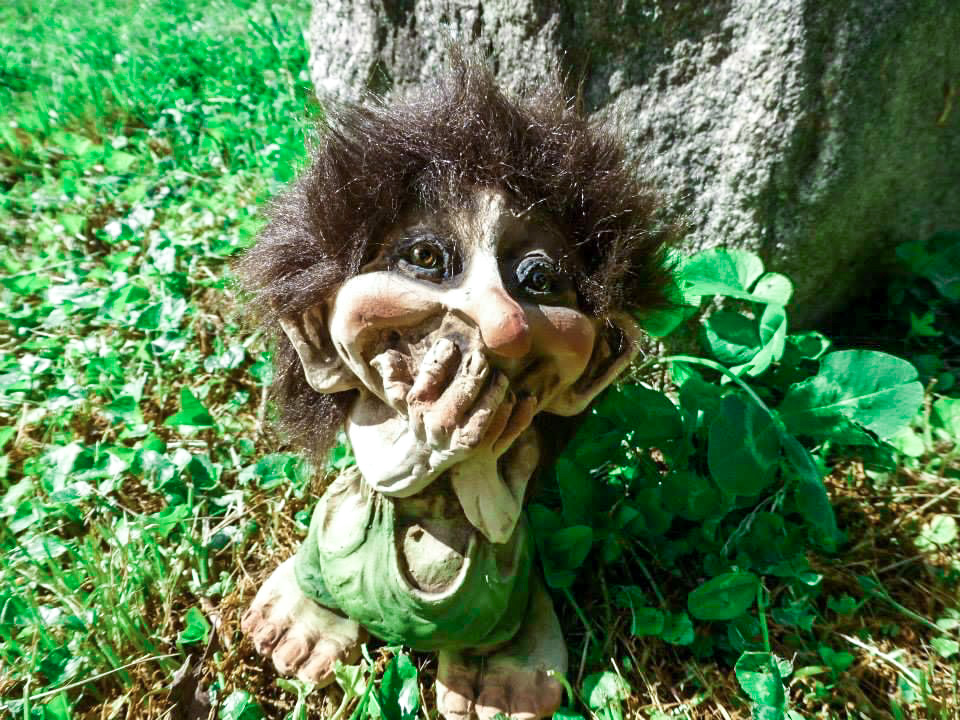 Far to the North, where the winter storms from the Arctic Ocean lash the unsheltered coasts, lies a long and narrow country. In our time the country is covered with snow and ice only during the winter, but long, long ago a heavy, thousand-year-old glacier towered over the country.

As the climate slowly changed and the glacier receded northwards, people who lived south of the glacier followed it. They took the country for their own and called it Norway. The people were called Norwegians. They saw that the country was very beautiful and thought that they were the first inhabitants, but it was not long before they discovered that the country was already occupied by a lot of strange creatures who lived in the most peculiar places.

In the mountains, of which there were many, lived the trolls. The chief of them all was Dovregubben. Some of the trolls were extremely large, while others could be really small, and they were all very old. They were only to be seen at night, or at dusk, because such creatures of course did not tolerate the light of day. If they did not get into the mountains before the sun shone, they cracked or turned to stone.

The trolls were like people but had only four fingers on each hand and four toes on each foot. Otherwise, they all had long noses (troll wives often used their noses to stir the cooking pot when they made soup or porridge), they were shaggy and rough-haired, and every one of them had a tail which resembled a cow's rump.

Then, as now, some people say they can glimpse the trolls when walking in the forest and fields, so it is prudent to be extra careful when one walks in nature, especially when it starts to get dark. You never know what is out there or what you may meet. Remember that the trolls can see you!

There are no products listed under this category.